(This post is a little longer than most, but these feelings run deep, so thanks for stopping by) 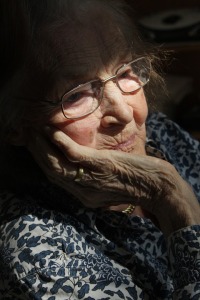 We have come so far in our understanding of Eucharist, or have we?

(I deliberately did not use ‘the’ before the word Eucharist….poetic license)

I’d like to think that all the rules and regulations regarding consecrating and receiving Eucharist originated in our beliefs of its sacredness and holiness, but I’m not so sure anymore.  Each church, while trying to interpret that last night of Jesus’ life on earth, has developed their own code when it comes to defining and distributing Eucharist.

Only an ordained Priest, a common cup vs. individual cups, to touch or not to touch, a symbol, a memory,  a Body?  In most cases, a gathering of people are present, but is it the prayer of the people or the hands of a man that Consecrates?  Is it public participation or a spectator event?

I’ve heard it argued that we should only be allowed to receive on the tongue, that we are not worthy to touch Eucharist, and yet I think back to a Supper long ago where the bread was offered and passed hand to hand.  I think of the many times I have placed Eucharist into the hands of people, dirty innocent children’s hands, calloused working hands and hands that are wrinkled from a life lived.  As I see these hands come forth, open to receive, my mind flashes back to the many church bulletins that I’ve read stating the ‘correct’ way to receive…..never with dirty hands. I can’t imagine that Jesus’ hands or the hands of His Apostles were especially clean that night long ago, we certainly know that their feet weren’t!

And the table that they sat, community, Jesus among them, sharing, eating and drinking as one. One Body. Jesus not far off elevated in a sanctuary, removed from His people.

Were there rules that first night? Was there any kind of screening  to determine who was worthy to receive?  The only One who could sit in judgement didn’t. He sat with them. He sat, hands outstretched, offering and inviting with the simple words, “Take and Eat..”  Were they in a state of grace, no sin?  I think not!  Eucharist was offered to saint and sinner, dirty hands and all. And could they touch it?  You bet!  They could experience Eucharist with all of their senses in the presence of the God-Man who is the Source. Perhaps that is the true Mystery.

I have to believe that it is because of our reverence that we have come so far from that First Eucharist, but have we lost its true meaning in all the sterility?

Although I’m not quite ready to abandon all ‘church’ interpretations of Eucharist, I am most certainly ready to expand its definition.

And so, here is my expanded version of Eucharist.  First some background: My mom is in a nursing home.  Even though it’s been over a year now, each time I walk up the steps to visit her, I cringe as I think of who exists behind the doors. I don’t think I will ever get used to the faces of the residents of the home, at least I hope I don’t.  I want their images to be ever before me, those who look at you but are no longer able to reach out and share their world with you because they now live in a world that we don’t have access to.  Their world, in-between, so to speak.  And yet, each one has a story…..memories of lives that are long gone and exist only in momentary flashes.

This is where my mom lives.  I am so grateful that she still knows me, but sometimes I wish that she would remember less.  She remembers my dad who passed last year as she laments over her loneliness. She suffers in silence, her words are few, but her eyes scream of the desire to go home. To rest in her eternal home.

Last week I took her outside to get a bit of sun and some fresh air.  We were enjoying the mottled blue sky and the sound of the baby birds squawking for food from their mothers, when a loud motorcycle pulled into the parking lot. The man sat on his bike for a few minutes and I wondered if he just pulled off the road for a bit of a respite, but before long the engine silenced and he headed for the entrance steps.  We glanced over to see a balding middle-aged man in jeans and a short sleeved shirt which allowed the tattoos on his arms to show.   As he ascended the steps, he glanced over to us and with a wave said, “Hello Marie” (my mom’s name).  I gave her a startled look and asked her who he was.  She smiled her Cheshire Cat – I’ve got a secret smile and raised her eyebrows.  She wasn’t going to give me any more information and so I thought that he was, perhaps, one of the workers or aides.

It was lunchtime and so we went back inside to the small cafeteria.  I wheeled her up to the table and sat beside her.  It wasn’t long before the man entered pushed a wheelchair up to our table.  The woman sitting in the chair was mumbling in Italian and I could see that there was not much dialogue between them.  It was his mother.

As we waited for the food, the man began to talk to my mother.  He took out his iPhone and played some Italian songs.  He said, “You know this song, right Marie?”  My mother nodded.  The food came and he gently and carefully fed his mother, one tiny spoonful at a time.  I could tell that this was something that he did very often.  I truly believe that his patience and compassion was more sustenance than anything on the lunch plate.  I smiled as the tears came to my eyes…..this motorcycle, tattooed man across the table from me was Incarnation.

This is Eucharist!  As is the uneducated aide who sits beside the woman who cannot lift her head from her chest.  I watch as the aide gently parts her lips so that some of the mush that is disguised as lunch nourishes this woman.

I hear the aide who argues with the nurse making the rounds, “Don’t tell me what to do with this woman, she is my patient, I know her and her needs come before any artificial schedule.”  This is Eucharist!

So, let the theologians and the scholars debate and deliberate.  I don’t want to live in that world anymore.  I don’t want answers…..there aren’t any real answers anyway.  My eyes have been opened to Eucharist.  Dirty, broken, and shared.  Eucharist – oh yes, we can certainly touch it, embrace it, devour it and love it.  Eucharist is not something kept in a Tabernacle, Eucharist is the Love which is.

12 thoughts on “What is Eucharist?”